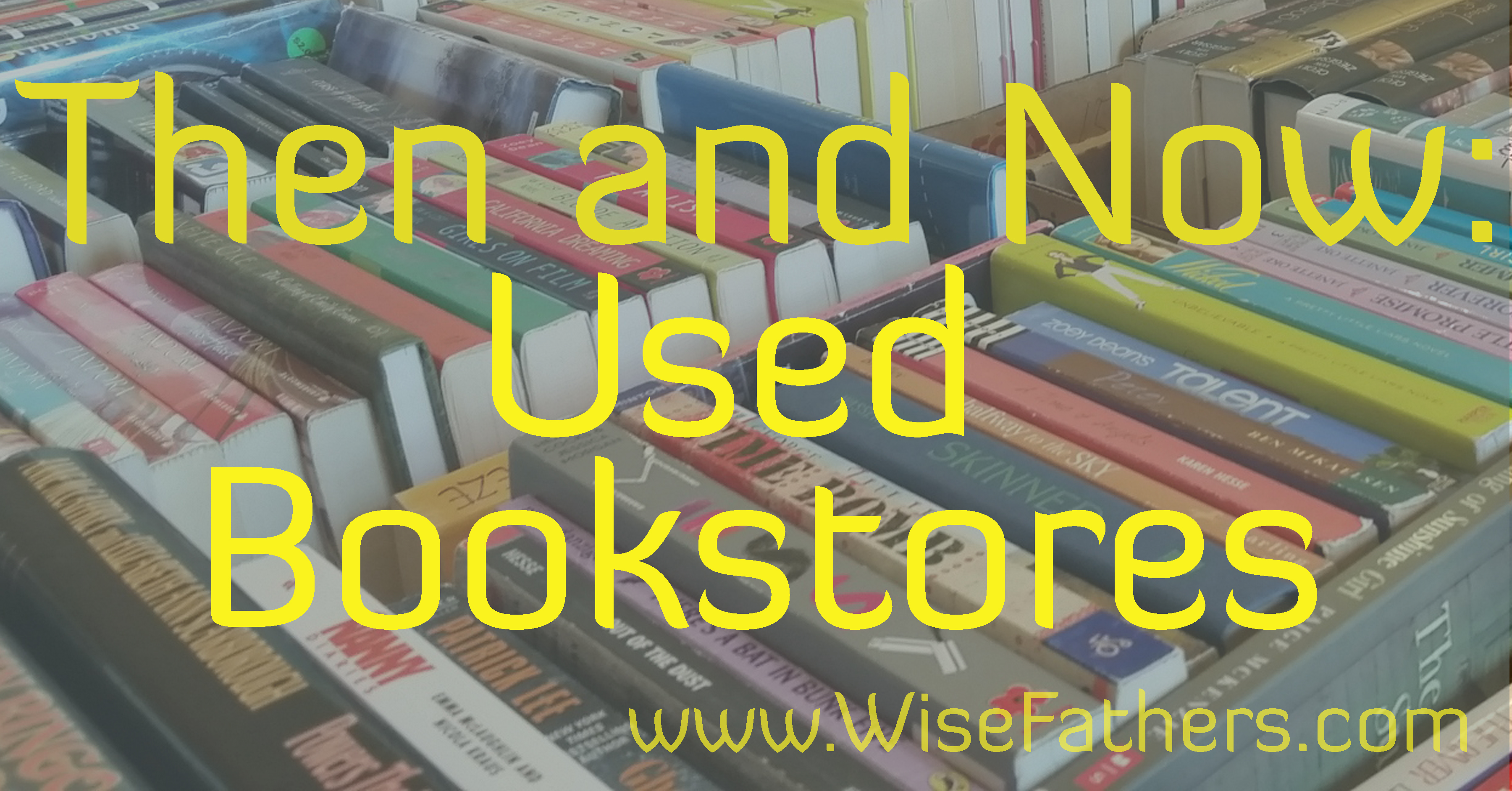 Then and Now: Used Bookstores

When was the last time you went to a used bookstore? My parents took me to them all the time when I was a kid because they “couldn’t afford to buy all my books new.” Their words, not mine. At some point, probably when I moved to a big city and wasn’t reading as much, I moved to buying new books. Now that I have kids, I’m back at used bookstores and regretting I didn’t make the return sooner.

When I was a kid, they were a treasure trove. I never knew what I would find. I had series’ of old books I liked and finding one I didn’t already have was always exciting. It’s not the same in a new bookstore. When they sell something, a new one is ordered to replace it. Sure, there are always new books and series’ to explore, but it never feels like the treasure hunt it does in a used bookstore.

Our first trip back was when I became overwhelmed by how many books we have (and how many Warriors books our son wanted to buy). I emptied the shelves of books we would probably never read again and could easily replace. We took many boxes there and received store credit for new-to-us books. I was so happy with the result that we later took CDs and DVDs as well. At this point, we have undoubtedly received at least $400 in store credit.

It’s fun to see our youngest get excited when he finds books he doesn’t have in his favorite series, just like I did as a kid. He also loves seeing how much farther his allowance stretches. He was ecstatic to find $20 stretched to give a book-loving friend not a single book for his birthday but rather seven books! (We did check with the birthday boy’s mom to confirm that used was fine – not everyone would be OK with that.) The birthday boy was even more excited!

Our eldest has chosen a veritable treasure trove of foreign language books and dictionaries he would never have gotten (due to cost) from a new store. Some are for his high school class. Others? Dunno. But if a $10 expenditure helps propel him to learn a new language, we’re good with it. Of course, we’ve also found books for Language Arts classes.

We’ve also found some great TV series on DVD there. We have four seasons of Lost and The Walking Dead for no more than $6 per season, courtesy of their shelves. We also found series we forgot about years ago such as Greatest American Hero and 3rd Rock from the Sun. Some days, it’s really nice to forget about what is happening in the world by watching old shows like those. The kids have even found CDs and LPs there.

Next time you have a few free hours, try taking the kids to your local used bookstore. A quick internet search should help you find at least one and you never know what treasures you will find. It’s even good for the environment since you are reusing instead of buying new.