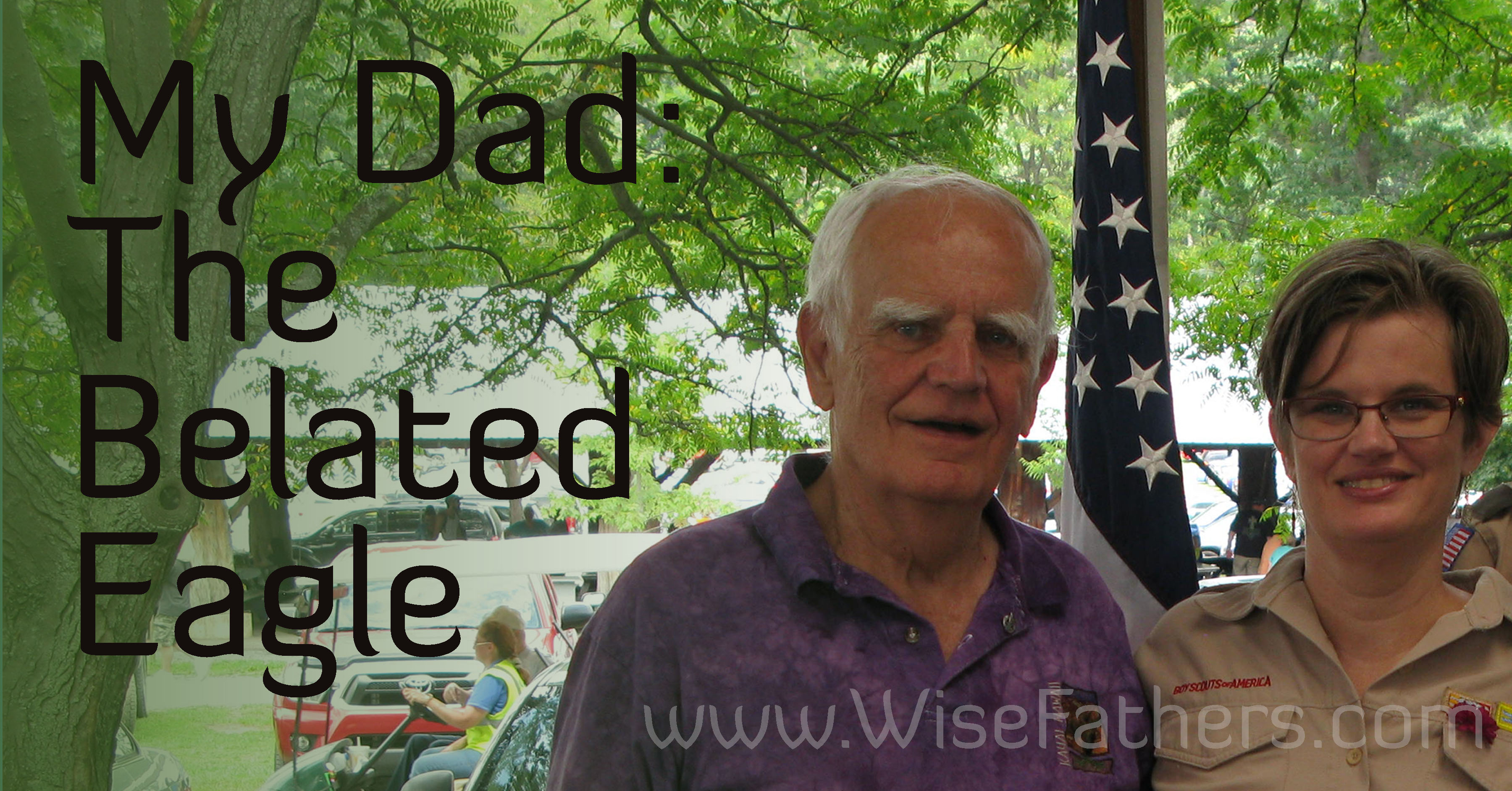 My Dad: The Belated Eagle

Sixty-four years ago, Dad earned an Eagle-equivalent award called the Explorer Silver Award, enlisted, moved away, and never received it. Today, he finally received it. Boy Scouts of America has recognized that more than a few no-longer-young men who earned their Eagle but never received it for similar reasons. As long as the actual award is finished and proof can be provided that everything was done, it doesn’t matter how many years it has been, the award can be conferred. There is even an official “Belated Eagle” application. In most cases, it’s because they did everything except a Board of Review. Some may even have finished that and never turned in the paperwork.

Even after more than sixty years, my Dad had that paperwork, although he had no idea a “Belated Eagle” was a thing until I pushed him. With some help from the local council, and a very lucky find in their archives, we finished his app and scheduled his ceremony.

The Explorer Silver Award was for a program called “Explorers” that focused on older boys when Dad was a Scout. (If you are interested in the history, the official Explorer website has it.) Because it is such a rare award, Dad always just said he earned “his Eagle” rather than going into explaining the whole Boy Scout program and the history of older boy programs.  Since approximately 2,198 young men earned this award and 67,479 young men earned their Eagle Awards from 1949-1954, I can understand why he made that choice. (From 1954-1959, Air Explorers also awarded the Explorer Silver Award, for a final total of less than 17,000 earning it.)

Dad has served on community boards, volunteered for the church, been in the military, lived frugally, and been active helping others. He is honest. He is cheerful. As his grandson said during the ceremony, “Grandpa doesn’t smile a lot, but he is cheerful.” He is courteous. You get the idea.

Back when he was in Explorers, it was literally focused on exploring: physical fitness, emergency skills, outdoor skills, navigation, and the like were all important elements. While exploring the topic online, I found a ceremony that used the seven major stars in the Ursa Major constellation to talk about the seven most important points of Explorers. Each of the first six points was read by a family member or friend who then gave an example of how he has lived that point in his life, such as a neighbor talking about how helpful he is to those around him and a friend of over fifty years talking about Dad’s loyalty. Dad read the last one himself because it really needed to be read by an Explorer Scout and he was the only one around.

At eighty-two, he has very few regrets in life. Never receiving this award was one of them, and now he has it.

Congrats on finally receiving your Silver Award, Dad! I love you and I’m proud of you.