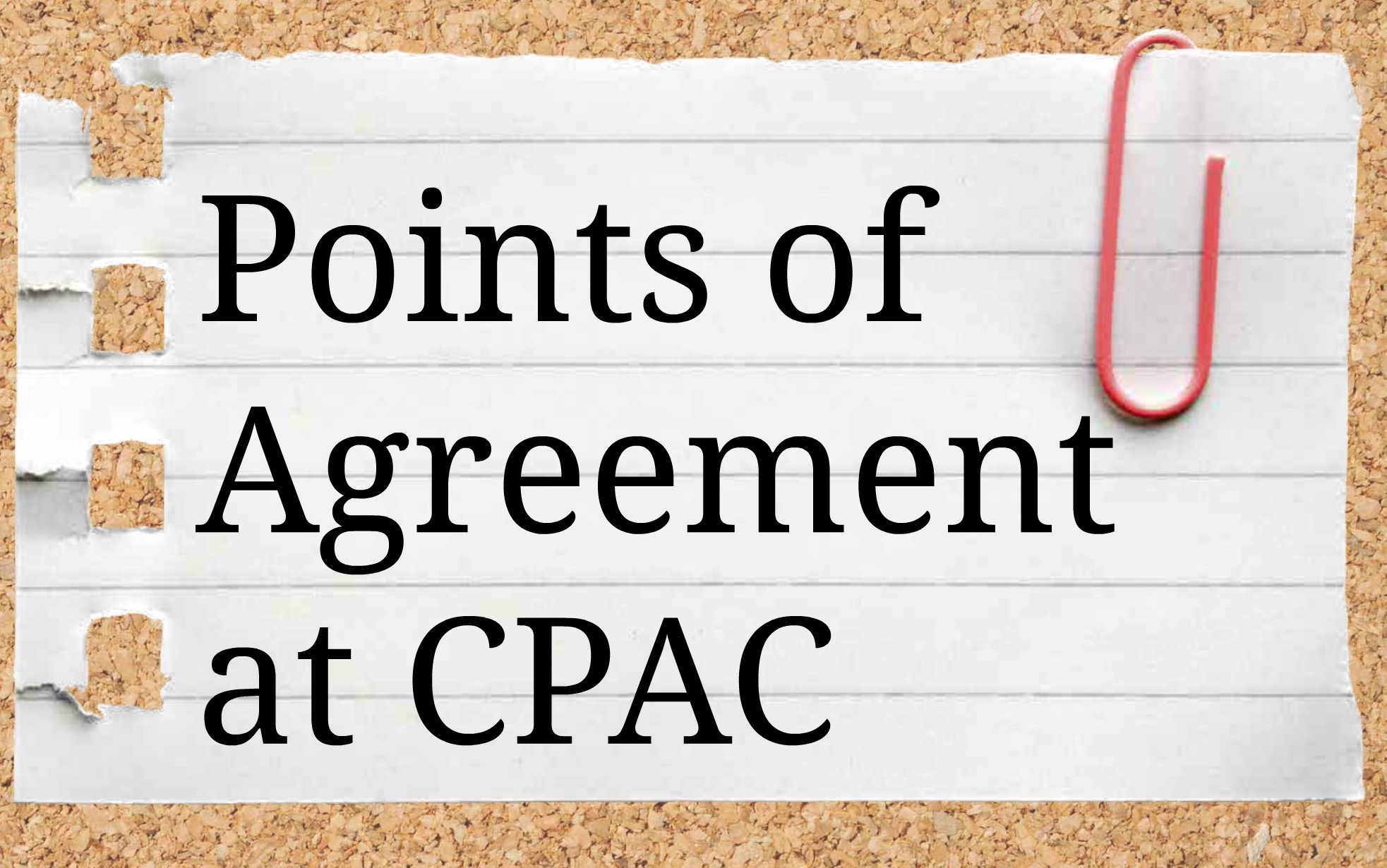 Points of Agreement at CPAC

I attended one day of CPAC. I spent my time at the booths, promoting my book The Constitution: It’s the OS for the US. In looking through the materials I brought home, I was struck by something: there are actually a lot of points that I see being made by liberals as well as people at CPAC. Admittedly, some were there because they feel excluded by conservatives and the Republican party even though they hold the same views, but that is kind of my point. They hold many of the same core views.

Conservative Atheists don’t believe in God, but they are Republicans, just as many Atheists are Democrats.

Families Against Mandatory Minimum (sentencing for criminal cases) is another. Republicans really don’t want to just toss everyone who does anything wrong in jail and throw away the keys.

No one wants Jeb Bush as our next President.

We want our kids to get a good education. Many on both sides want to dump Common Core.

The Tax Code is too complicated and needs simplified.

Being responsible and learning solid safety habits is critical for anyone who owns a firearm.

Clearly, there are massive areas we don’t agree on, including how to accomplish most of those goals. But it’s important to realize that you can always find something that you and another person agree on, if only that you disagree on most subjects!