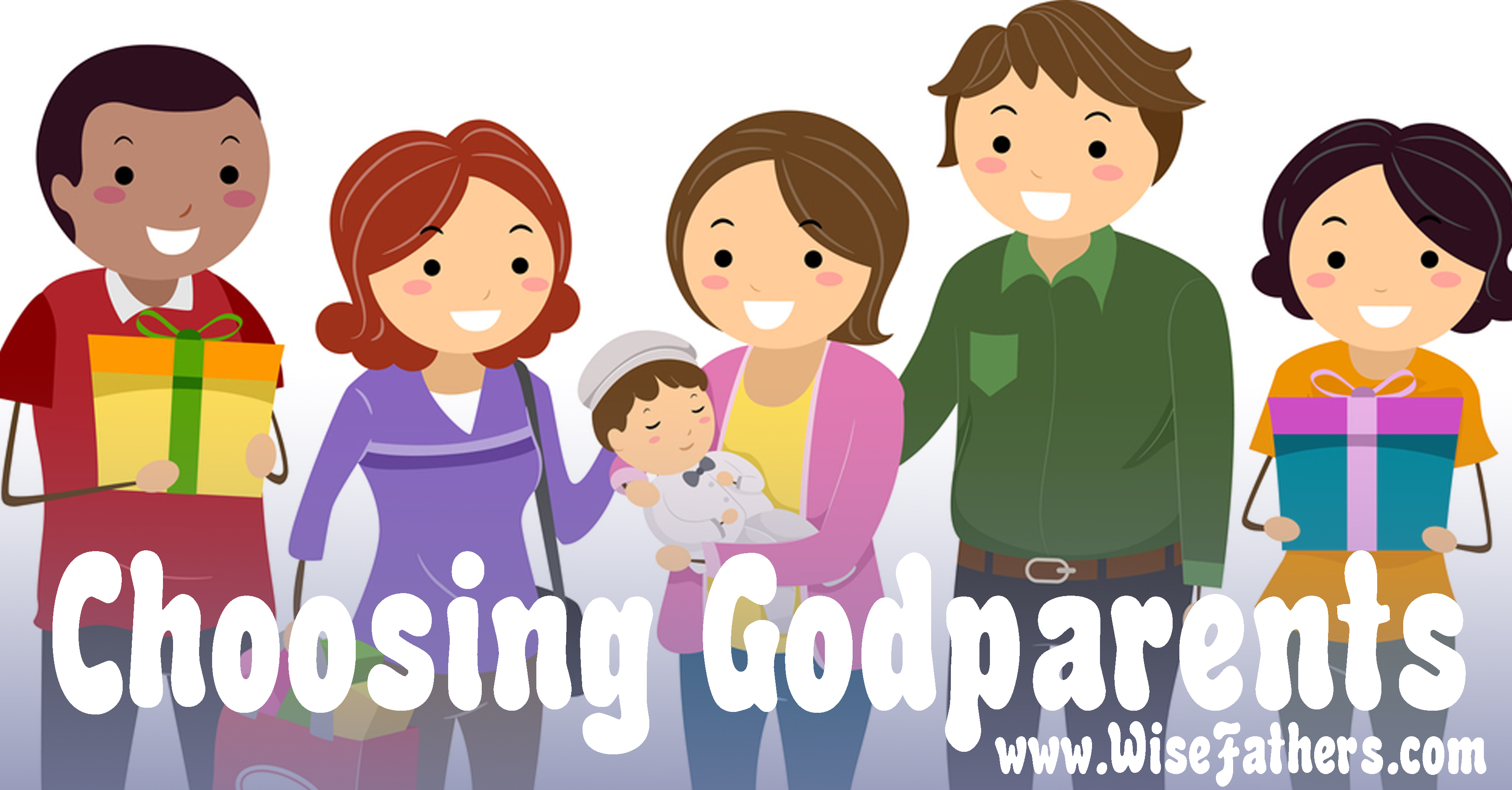 Depending on your faith, you may need to know who your child’s godparents will be almost as soon as they are born, or maybe not until years later. But what goes into choosing a Godparent or what they are expected to do? Is it a legally binding relationship? What family pressures do you have? No one else can answer the last question for you, but it can be a critical issue, especially in a big family.

What is a Godparent?

Since I was raised Christian, I don’t know how other cultures handle this, but godparents stand with the family during Christian baptisms and agree to help the child being baptized to learn about and grow in their faith. No legal responsibilities.

Most families will have two godparents for their child. They may be a couple, but they don’t have to be. There may be one man and one woman, but that’s a choice. Having more or less is OK too.

The biggest, number one, outweighs-everything-else consideration is that any prospective godparent simply must have a belief system that is at least highly compatible with your own and with what you want your child to believe, if not identical. You do not want your child looking for spiritual answers with someone who holds beliefs that are fundamentally opposed to yours.

When we chose godparents for our sons, we looked for people who lived near us that we expected to stay in contact with for many years in the future so they could build a long-term relationship and trust with them. It was important to us that their godparents be people they trusted and could go to when they were in distress.

If you ever see potential godparents interacting with kids, take that into account as well. Someone who is extremely comfortable with little tikes but not teens might not be the best choice if your concern is, as ours was, the teen years when most kids stop talking to their parents as freely. On the other hand, if you know you and \/or your spouse will be deploying or otherwise often not available while your kids are little, you may want someone who is more comfortable with little kids so they can be there when you aren’t able to be.

For my older son, we chose a close friend who happened to be a minister and he was his only godparent. It was our hope that as our son grew, this man would be a good role model and have conversations with him that he might not be comfortable having with Mom and Dad.

By the time our younger son was born, our elder son’s godfather was married and had moved out of state. We chose two women whose kids were friends with our older son. One boy, A, was and still is, my son’s best friend. Both women had beliefs that were close to our own and we thought our little one would be comfortable talking to them about his beliefs as he grew up. One even signed on to be added as a godmother to our older son.

When our older son’s godfather married, his wife took an instant dislike to our family. We talked to her for a combined total of under five minutes so I have no idea what happened, but we haven’t seen him in the decade-plus since he got married, so he is totally removed from his life.

A few years after our younger son was born, we moved to a new state and haven’t really seen his godmothers since. They are still in touch online but aren’t an active presence in our lives. If we are ever in the same area, I have no doubt we will get together and if the boys were to call them with a question, they would be happy to talk to them, but since they aren’t a regular presence, I would be very surprised if the boys felt close enough to talk to them.

However, because A’s mom was my son’s godmother, my son refers to him as his “godbrother” and I think that has helped him feel close to a life-long friend even though they live on opposite coasts and I don’t believe they have even talked in over a year. In other words, there is still a relationship despite living far apart, in part because she is his godmother.

Clearly, we’ve ended up without involved godparents for our boys, but the normal expectation really is that they will be part of their lives. They should be there for all the important religious events such as First Communion and actually joining the church as an adult member, in addition to their baptism. They should at least try to talk to them about their faith as they grow up and encourage them to pray, meditate, attend services, and whatever else is important to your faith.

They may choose to give them gifts such as prayer beads (including rosaries, although other faiths have them as well), books, and other items of religious significance. In short, they encourage them to grow in their faith and help them to do so.

How to Choose and How to Be a Really Great Godparent

The Gift of Godparents: For Those Chosen with Love and Trust to be Godparents

The Godparent Book: Ideas Activities for Godparents and their Godchildren