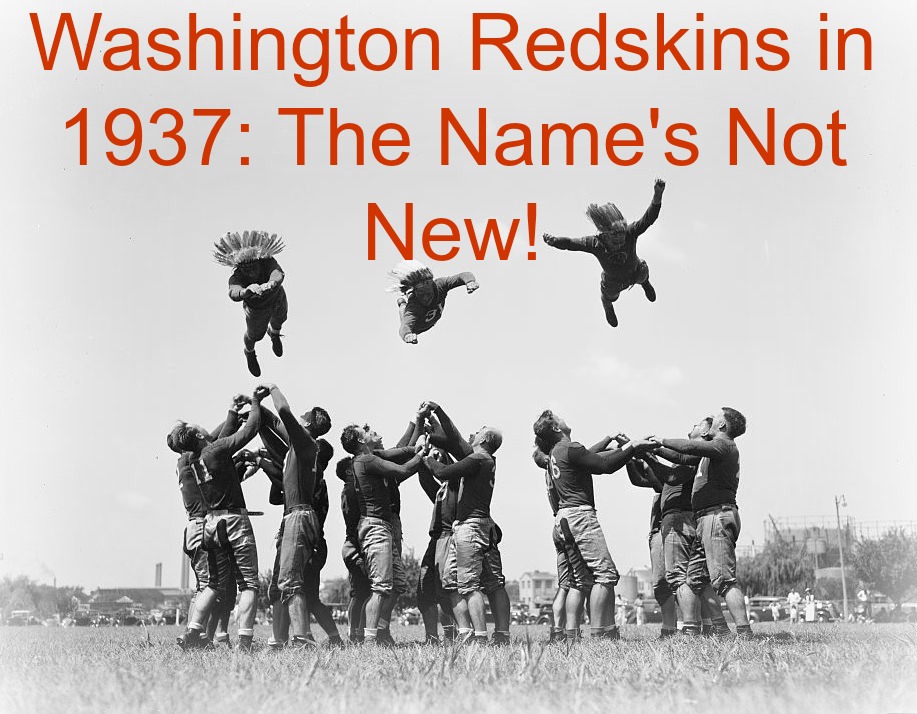 Redskins and the Trademark Office

Personally, I don’t care whether the Redskins change their name or not. I don’t follow football, and no one I know in my life (real or online) uses the term “redskin” to refer to anything except the football team. It’s hard to really put it in the category of highly offensive terms when the Virginia Indian tribes, among others, have come out strongly in favor of the team name. (That means the local tribes aren’t the ones with an issue.)

Despite the strong support of nearby tribes, the United States Patent and Trademark Office has decided that it is offensive and revoked their trademark, originally granted in 1967.

I am not an Indian, so my opinion on the name isn’t really terribly important. I’m not the one potentially being offended. What I am upset by – offended, if you will – is the incredible government over-reach on the part of the trademark office. This simply isn’t there job, and it shouldn’t be allowed to stand.

What is the Job of the Patent and Trademark Office?

Article I, Section 8 of the Constitution lists ennumerated powers of Congress. This includes “To promote the Progress of Science and useful Arts, by securing for limited Times to Authors and Inventors the exclusive Right to their respective Writings and Discoveries“. It is under this provision that the Patent and Trademark Office was established. “Exclusive right” is not a qualified statement. It doesn’t say “non-offensive Writings and Discoveries”. The original source of their authority does not allow for opinions or qualifications.

It’s not the business of the Patent and Trademark Office to decide what is, or is not, acceptable as a name. It is simply their job to determine if that name is unique and can / should be trademarked, or not. If someone chooses to register “Xqbuif”, they should be able to do so unless someone else already has. The fact that it isn’t an English word is irrelevant. Perhaps it is an offensive word in another language. That is also irrelevant. They should not be in the habit or business of determining what is or is not offensive.

Trying to determine what was or was not offensive fifty years ago is even less of their business, particularly since the name was used for the team long before that. The image above is from the Library of Congress and was taken before WWII. When it was registered in 1967, it was already a well-known, established team name. This was not some easily-missed, small-town item that later became widely used.

I don’t really care if one or more laws where passed that say they can make those judgement calls, that doesn’t make it right. If a name is truly offensive, the free market will run them out of business. (1) People won’t go there either because the name offends them or because of the embarrassment or negative repercussions (losing clients, fights) of going there. (2) Pain & suffering type lawsuits will ruin them financially, because (for anything truly offensive) a jury simply won’t find in their favor. They will lose. Every. Single. Time.

So the big deal is this: If they can decide to revoke one long-established trademark, what’s to stop them for revoking others, and who is overseeing their reasons for doing it?

Why Are They Involved?

So, why is the Patent and Trademark Office revoking a duly recognized, long-term trademark simply? Simply because they don’t like it and think it’s offensive? The matter has been litigated already and the courts found for the ‘skins. The ‘mark has stood for decades and been widely used and publicized. If there was a true cause when it was registered, it should have come to light back before Nixon took office.

There are things I find offensive. Speedos outside of swim meets, for one. That doesn’t mean they need to be made illegal. Speedos are, in fact, rarely worn on American beaches because so many Americans find them unacceptable. I have heard they are far more common on European beaches. Societal pressures do, in fact, influence names, clothing, trademarks, and so very much more, and not always for the worse.

From a practical point of view, this probably won’t affect the team much beyond the legal costs. They still have other protections and it might be overturned. As a large company, they can afford the legal costs, whatever you think of the justification of them. Smaller companies could have the same thing happen to them, and the associated costs including new logo designs, new stationery, new business signage, notifying customers, lost customers (who can no longer find them, courtesy of a name change), etc., etc., etc. could easily be enough to force long-established mom and pop businesses to close.

But that isn’t really the point. If they can revoke or deny one trademark for being offensive (and some words are, no denying that), at what point do they stop?