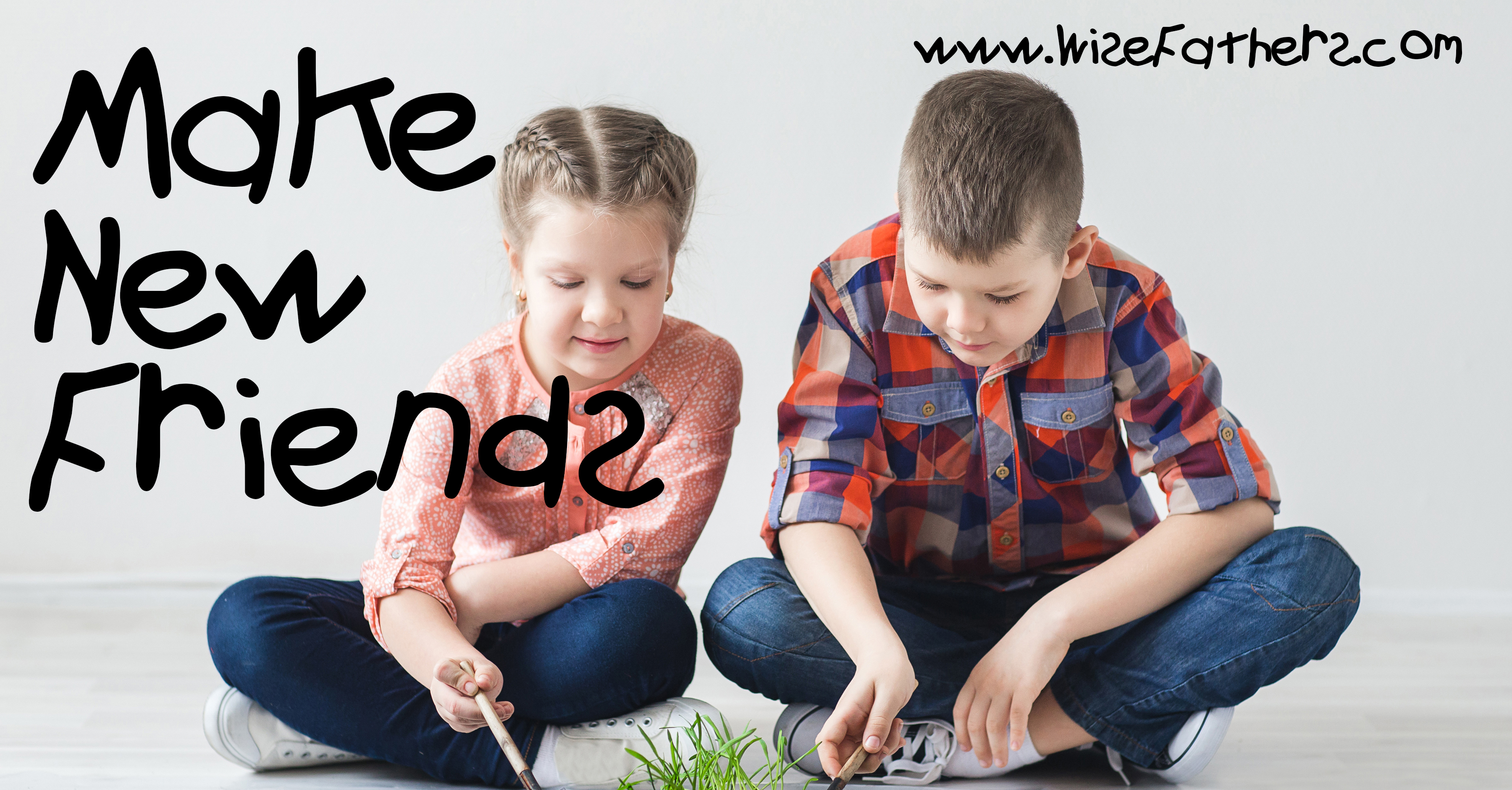 The song Make New Friendswas woven into the fabric of my youth by its ubiquity in Girl Scouts. I have always loved the sentiment, which I have always taken to mean older friends are more valuable. As adults, this is so much more important. It’s easy to focus all your time and energy on your family, but it’s critical to have your own friendships as well, old and new.

Social media can help with that. The Wise Dad and I have both made new friends on chat boards. It’s pretty much guaranteed that you have a common interest when that happens! I have re-found old friends through the wonders of social media. Some I like even better than I did when we first knew each other. Unfortunately, as an adult, I am seeing that sometimes, those valued old friends change into people we can’t even recognize, and they probably feel the same about me. New friendships are important.

During this most recent election cycle, I watched people I have known for decades posting things that demonstrated a painfully self-centered world view that I didn’t expect from them. I have read people whose opinions I value talk about how anyone who voted for Trump is a hate-filled, misogynistic racist, and others who say anyone who supported Hillary was a brainless idiot. These same people seemed willing to listen to people with different points of view in the past, which makes their judgmental comments more distasteful to read. (I am hopeful that most of it is a short-term reaction to an election result they didn’t expect.)

It makes me sad, but these online attitudes and posts are affecting my real-world opinions of some of these long-time friends. For some, particularly work friends, I never knew them well, For others, we have simply grown too far apart over the decades, and this is the proverbial straw that broke the camel’s back. We have mental images of each other from before we ever had a college diploma, much less jobs, mortgages, spouses, and kids, with a thin overlay based on Facebook posts. There are parts of each other and our histories that we will know as no one else can, but there are even larger parts we know nothing about.

On the other hand, there are quite a few that I only knew in passing who I have now realized I have a fair amount in common with. Some have gone through massive, traumatic upheavals in their lives and I am in awe of their resilience and positive attitudes. Old acquaintances and classmates have become new friends.

Some of my new virtual friends have become closer friends than people I have known for more years. I recently met an online friend of more than fifteen (15!) years in real life for the first time and we had a blast. The nearly forty women I have known online (and only online) for fifteen years have gone through a lot together, virtually, over the years. They are real friends, even if we haven’t met in “real” life.

Letting go can be hard, and it can seem like those old friendships should always be the valuable ones, but life changes us all. I have had to accept that I can remain friendly and chat with those old friends, but they are really just acquaintances now. The funny thing is that I have tended to have more male friends for a very long time and wanted a group of women friends. In letting go of some of those old friends, the ones I thought were “gold” (they were, in their day), I have found what I was looking for.

I love my family, but sometimes they irritate the bejeebers out of me, and vice versa. When that happens, I really appreciate having a friend I can talk to about it. Other times, there is something or someone (usually someone) in my life that pisses me off on what sometimes seems like a weekly basis. My family has heard about it way too much and just get mad at me for not having cut that person off when I need to vent. Again, it’s good to have friends I can talk to. (What the heck are you supposed to do when it’s your kids’ coach that irritates you, you’re stuck there for practices/games, and your kid loves the team?!? Or it’s a neighbor you can’t avoid? But I digress.)

I have made new “gold” friends, and I am keeping the old, once-gold-now-silver, friends. And that’s OK because silver is great too. Life ebbs and flows. When our kids are at home, we need a different set of friends than we may need at other times. Take the time to enjoy your own friends in each stage, including now, when most of your friends are probably the parents of your kids’ friends and teammates.

I feel blessed to have all of my friends, old and new, silver and gold.