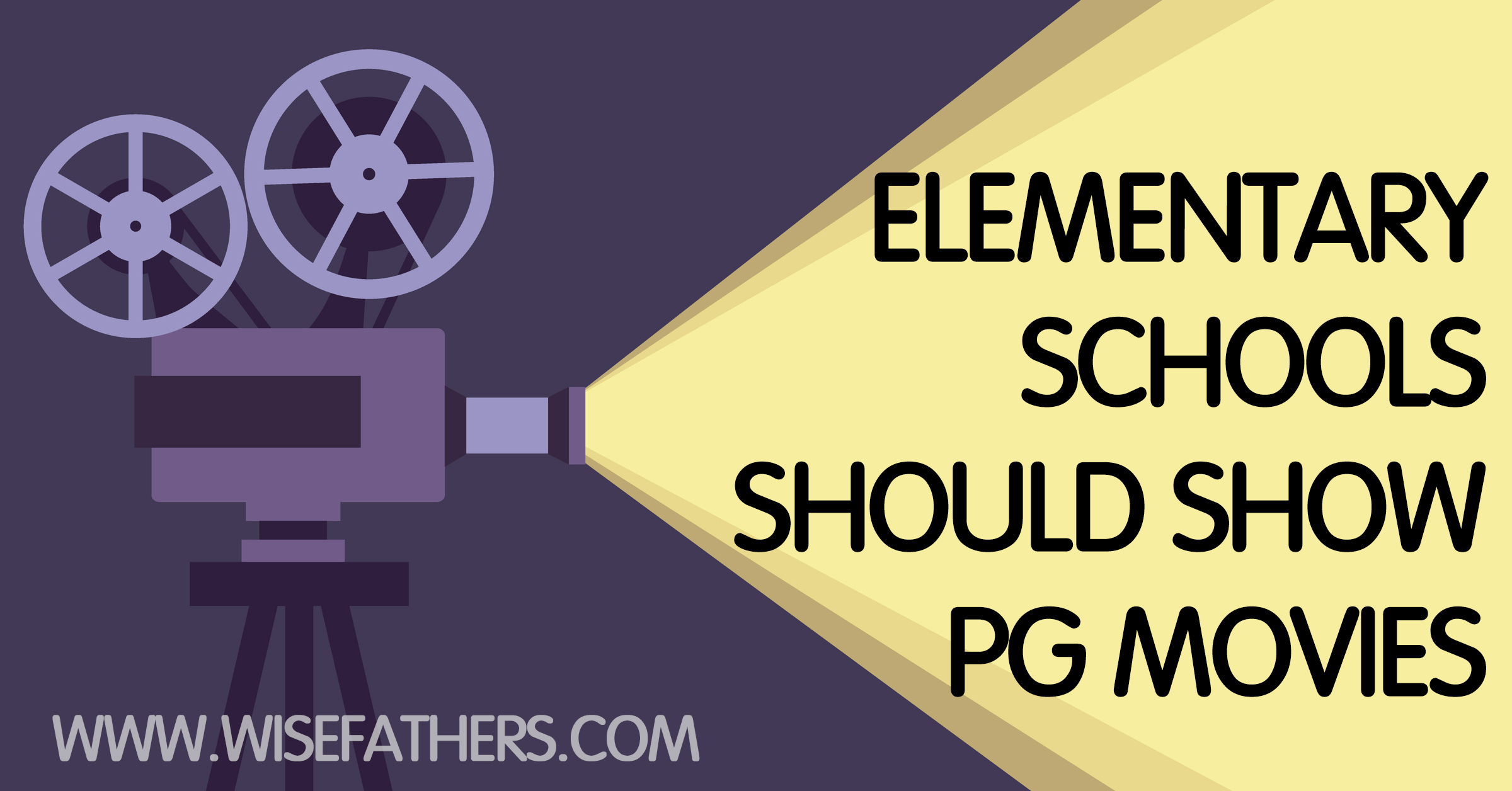 I feel strongly that elementary schools should allow PG movies, especially for PTO events and school field trips (on the tour buses). Why? One word: Frozen. It’s PG for “some action and mild rude humor.” I am not making that up.

Schools won’t allow kids to watch many of the most popular movies for kids because of the ratings they receive. Honestly, I understand the intent. I’m sure the policy was put in place many years ago to ensure that kids aren’t exposed to inappropriate content including bad language or violence, but the rating system has changed. In 1984, PG-13 was created for movies that aren’t appropriate for little kids, but that don’t merit the far more restrictive R rating. PG-13 was a game-changer for movie ratings for kids.

We are long past the time when Jaws was given a PG rating. It’s time for our school systems to recognize that. It’s time to make life easier for administrators, teachers, and PTOs by allowing them to show PG-rated movies to elementary school kids.

In 1984, parents were angered when they took their kids to PG-rated Indiana Jones and the Temple of Doom. (That’s the one with the human sacrifice scene.) At the time, the available ratings were G, PG, R, and X. The response to Temple of Doom was the catalyst that caused a PG-13 rating to be created by the Motion Picture Association. Three months later, Red Dawn became the first movie to receive a PG-13 rating. As stated, that was a game-changer for movies and ratings for kids and young adults.

The ratings system has it’s origins in 1922 when the Motion Picture Association of America was founded by William Hays, although it had a different name. It adopted something called the “Hays Code” in which the studios agreed to voluntarily keep offensive content out of movies. This was largely to keep the government out of movies. In 1968, MPAA President Jack Valenti replaced the Hays Code with the current (still voluntary) rating system. Ratings were G, M (later PG), R, and X. In 1990, descriptors were added so parents know why movies received their rating.

Kids are smart. They figured out that G-rated movies were for littler kids, so they didn’t want to watch anything G-rated. Some movies (anything by Pixar, in particular) were just so darn good that a G-rating didn’t hurt attendance, but most of the time studios took the easy way out and made sure their movies received a PG-rating. This is fairly simple as even inserting a few seconds of “mild action” can lead to a PG-rating.

What should schools do?

It’s not complicated. Schools should allow G-rated movies from 1984 or earlier, PG- or G-rated from any time after 1984.

Why is this an issue?

The main time it’s an issue is when PTOs have family movie night. Not allowing them to show recent, popular movies makes it very difficult for them to attract families and host events that both increase community and turn a profit.

I don’t know about other schools, but fourth grade has a field trip to a place three hours away, so that’s six hours (or more) on a bus. Why does everyone have to suffer watching the same movies they have seen 300+ times already? In addition, there are thousands – literally – of amazing movies for kids that are rated PG. How is it a good thing to force them to just keep watching the same few movies?

Clearly, if all of this is true, then examples will be easy to find. So here they are.

Around the World in 80 Days: The remake is PG.
Bambi: Sees Mom get shot.
Cleopatra: The Queen of Egypt seduces Julius Caesar, barges on the Nile with Mark Antony and kills herself with an asp. (And this is somehow G-rated while The Bee Movie isn’t.)
Escape from Planet of the Apes: There is no way there is zero violence.
Dumbo: He gets drunk and his mom is locked up with chains.
Pinocchio: Everything on Pleasure Island.
Snow White and the Seven Dwarves: She’s poisoned.

These are the reasons some very popular recent kids movies were PG-rated, not my opinion.