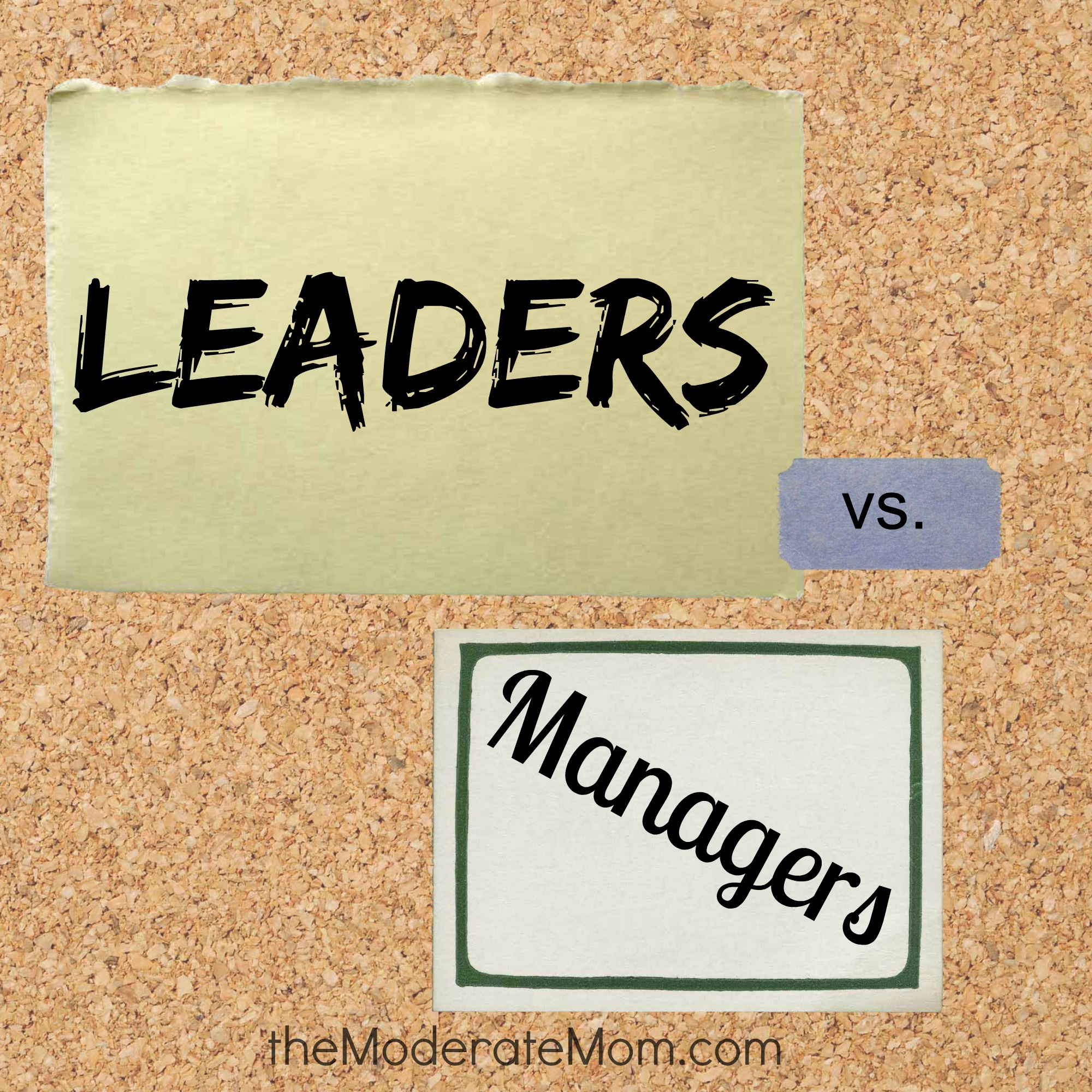 I recently had a very frustrating experience with my son and one of his clubs.

I have been taught leadership and management skills since around the time I learned how to tie my shoes. As a result, I can have exceptionally high – and often unrealistic – standards for leaders. It is usually those I have seen enough of to think they are doing a good job.

The club organizer for one of my boys falls into this category. The boys all like him so well that I tend to think of him as a good leader. He is not. He is a good manager, and there is a big difference between the two.

A good manager treats everyone the same, always. They have a set of rules and they do not deviate from what that says. They are concerned with the whole group and the rules, not with the individual.

A good leader treats everyone the same, to a degree. They recognize individual differences and know the individuals within their organization well enough to know the small ways in which they should be treated differently, because we are all individuals and not clones.

One day when I was working at a bookstore, another employee came in extremely hungover. The store manager sent her home to sleep for a few hours, then come back, with no repercussions at all while anyone else who had done the same would have been in trouble. Candace was a good leader and knew her employees and what was happening in their lives.

The employee in question had graduated from college the day before and simply celebrated that fact a bit too long. Knowing that, and that it was a one-time occurrence from this employee, Candace simply let it go. There were no complaints of favoritism because everyone could see and understand the reason.

Going Back to the Club

Money was due for summer camp during a week I was out of town. I left instructions for it to be paid, but my son didn’t go because of bad weather on their meeting day. The leader emailed me, twice, saying I had to reply and when I didn’t (I was on a cruise – no internet of any sort for an entire week!), dropped him from the list so that the group wasn’t on the hook for the cost of camp. Apparently, boys have said they were going and flaked in the past.

That’s the response of a good manager – everyone who didn’t reply was dropped, same for all.

A good leader would have looked at it slightly differently. In two years in the group, my son has not gone on something he agreed to exactly once in over two years. He was accepted into a new club shortly before an (optional) outing and they had an event that conflicted. Not going would have negatively impacted the new club, but had no impact on the old one, so he went with the new club. But he still fulfilled his duty (buying food) for the original event, even though he wasn’t going. In addition, my not replying to one email, much less two, is unprecedented in those two years.

A good leader would have made a phone call to be sure everything was OK because they would have been looking at the individual.

If he had called, he would have known to keep him on and eliminated a source of stress in my life. Based on the email’s wording, I wasn’t sure he was going to be able to go to camp at all. In the end, I paid and they had room to add him, but I have realized that this adult simply isn’t a leader. He’s a manager. And that’s OK – but I have change my expectations of him.

Leaders tend to be good managers too, for the simple reason that a team that isn’t well managed will fall apart and they will have nothing left to lead. But good managers aren’t necessarily good leaders.