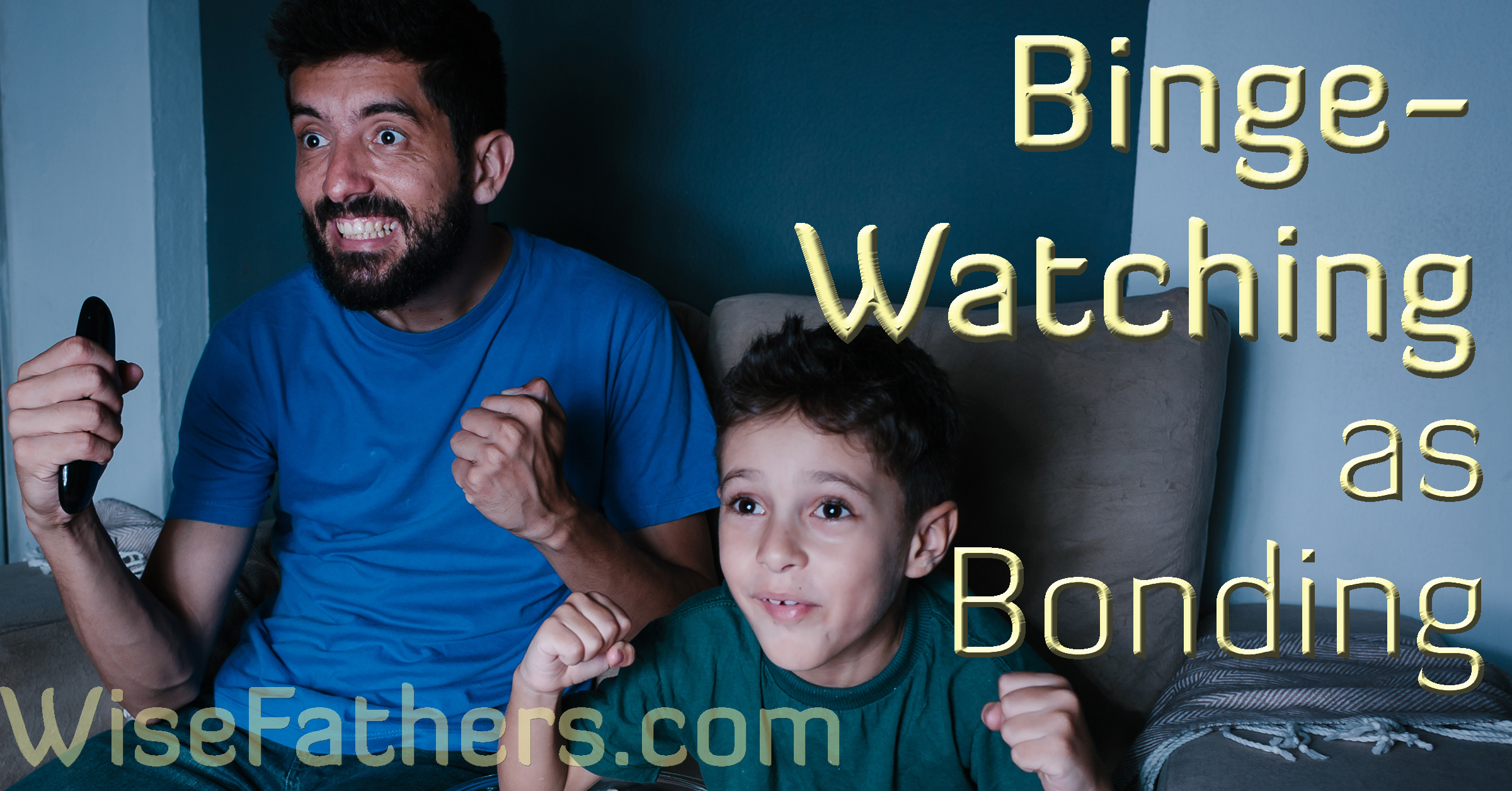 TV is bad and rots your brain. Got it. But TV is fun! Today, with Netflix, Amazon Prime, Disney+, Hulu, the internet, etc. it is incredibly easy to binge-watch TV series. (Believe it or not, you can still buy and watch DVDs and BluRays, even though using physical media like this may cause anyone under 25 to break out in hives.) The Wise Dad and I have binge-watched more than a few series but binge-watching as bonding with the kids can be even more fun.

It’s all new to them! Sure, I could watch Star Trek: The Original Series (TOS) with The Wise Dad, but he already knows what Tribbles are and Shatner’s legendary over-acting will elicit at most an eye-roll. But our elementary school son? Ah, there is a clean slate! After years of very disturbing refusals to watch anything Star Trek or Star Wars (what kind of person doesn’t like either one?!?), Odo the Shapeshifter (DS9) finally drew our youngest in. After I finished with DS9, he joined me in watching Voyager and then Enterprise, prequel to TOS. When we finished that, I introduced him to Harcourt Fenton Mudd, tribbles, and all the cheesy, over-acted fun of TOS. Sadly, he was a bit bored by the dated scenery and storylines but he really enjoyed Next Generation. We compromised and watch one TOS for every two Next Gen so he will learn all the important backstories, like Tribbles.

There are so many great shows that no one can have watched them all. You may even have some sitting on the shelf, pristine in their wrapping, like we do. Our other son and I are enjoying Lost together, after leaving it on the shelf for a decade. It’s all new for both of us, and we will never have to wait for new episodes to be released.

TV series can be very cheap if you find them used at a used bookstore or thrift store. Fun-filled, family-friends shows include:

Shows with a bit more violence, language, or other potentially inappropriate content. These can be great conversation starters with a high school or even college age child:

These are shows grandparents (your parents) might not approve of you sharing with your kids. These are for more mature audiences due to sexual content, violence, and more than just a few curse words. Some are really best enjoyed with a grown child.

Clearly, you can buy these TV series on Amazon or in the store, but you can also stream them from NetFlix, Hulu, Amazon, and other services. If you keep an eye out, you can find them used at local used book and video stores, and pawn shops. Finally, Amazon is creating some great content and Netflix has a ton of series from other countries. The series’ that are available exclusively on Amazon are noted in the list.