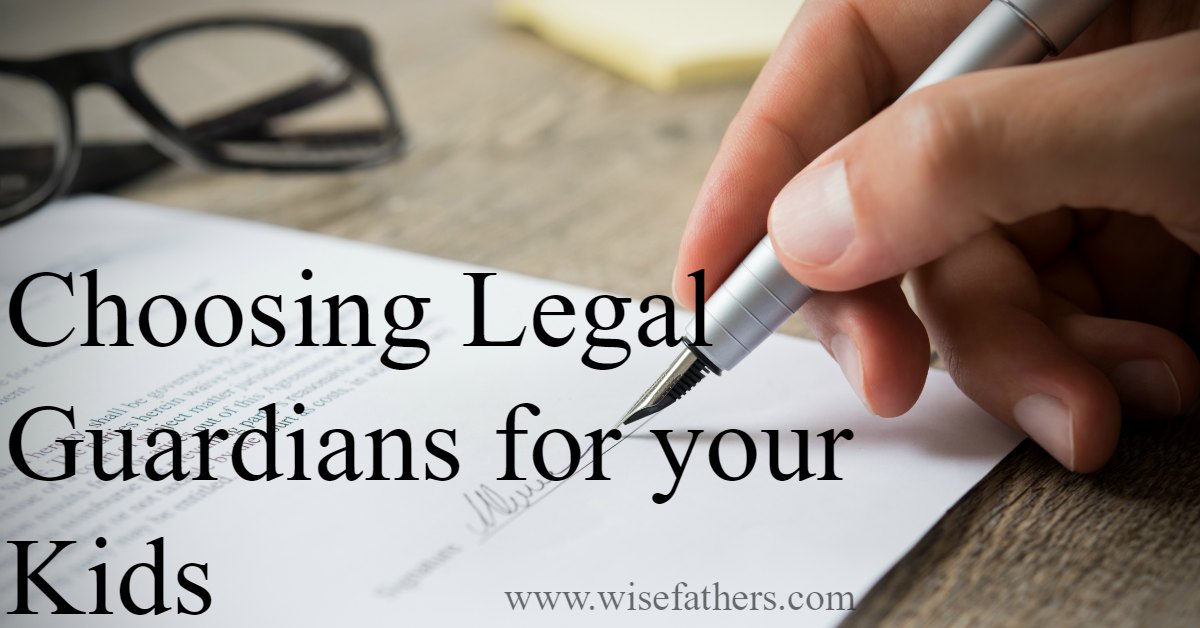 Choosing Legal Guardians For Your Kids

Choosing legal guardians is tough. Unlike being a godparent, a legal guardian is a legally recognized (and binding) relationship. Your kids will only ever have a legal guardian if you stop being able to be their parent or aren’t close enough to be there when they are needed, such as for medical care.

Sometimes, parents need to specify a legal guardian because they can’t be with, or near, their kids. Today, one unfortunately common reason for this is because either both their parents or the only custodial parent is deployed with the military. Less often, a child reaches the elite level of a sport and lives in a different state from their parents. In that case, another person, such as the coach, may be made a temporary legal guardian so they can take care of medical issues, school forms, etc.

If a parent is declared mentally incompetent, put in jail, or found to be abusive or neglectful, the courts may appoint a legal guardian to care for their child(ren). This could be a grandparent or other relative, but no matter who it is, the courts are supposed to keep the child’s best interest at heart.

A legal guardian does not normally replace a parent. A parent’s rights are only fully replaced in two cases.

It’s important for all parents to write a will and specify their children’s guardian(s) in case of their death or incapacitation to prevent them from being put “into the system.”

Just to restate an important point, declaring a child’s legal guardian in the event of the worst does not give that person any immediate legal standing in their life. In my opinion, it is a good idea to let kids know who this person (or people) is. Knowing whether they would go to an aunt, cousin, older sibling, grandparent, etc. in an emergency can be comforting to a child. I know I always appreciated knowing that.

Friends and family are the first place to look. There is no right or wrong answer between these two groups, you just need to find the right choice for your children. Elements to consider include:

Ideally, both parents will agree on who should be guardian for their child(ren) so both their wills say the same thing. This will make life much easier if anything does happen. If both parents have wills that say different things, it could easily end up in court with a judge making the decision instead of the parents, since their wishes can’t be known. Once that decision is made, it’s time for The Talk.

If your preferred legal guardian(s) live nearby, visit them and have it in person. If not, call and talk to them on the phone. This isn’t really an email conversation, and it definitely isn’t a texting conversation. Talk to them honestly about what you are asking of them and explain why you chose them. If there will be someone else involved, such as a financial guardian if you have a large insurance policy, or any other concerns, be upfront with that information. It may be a relief for them.

It’s best to have a back-up guardian as well. Most people rarely, if ever, update their will. If the proposed guardian pre-deceases you, that leaves your kids in the same position as if you never chose anyone to being with: the court is deciding. Your first choice may be someone who isn’t eighteen yet. In that case, you need to specify a legal guardian until your preferred guardian is eighteen, at which time they can become guardian. As long as everyone knows in advance, this shouldn’t create any major issues.

Previous Post
Beyond Stranger Danger: Cults and Social Isolation
Next Post
Their Life, Their Responsibility – Not Mine